A Ship, A Muscle Man, A Critter, And Inbound Marketing

Sometimes I wonder, could I take an aspect out of my life, strip it of all its components, put them back together, and still say it’s the same?

That is the concept of the Ship of Theseus.

A mythological allegory saw the Hero Theseus embark in all sorts of wars and adventures on his ship, and as the ship would suffer the consequences of all these quests, parts of it needed to be fixed, and replaced one by one.

The ship wherein Theseus and the youth of Athens returned from Crete had thirty oars, and was preserved by the Athenians down even to the time of Demetrius Phalereus, for they took away the old planks as they decayed, putting in new and stronger timber in their places, insomuch that this ship became a standing example among the philosophers, for the logical question of things that grow; one side holding that the ship remained the same, and the other contending that it was not the same.

By the end of the story, was the Ship of Theseus the same ship he sailed from Athens many years prior.

We do have different versions of this story, which is more of a thought experiment throughout various cultures and timelines across our world. Some older, some newer than the Legend of Theseus.

But my thoughts later veered onto a different aspect of the story.

Bodybuilder and Philosopher John Meadows applied the 90/10 concept to his methods of training and planning: if you’re doing everything right 90% of the time, what you do in the remaining 10% won’t ultimately affect your outcome.

This can mean that a cheat meal once in a while won’t suddenly make you fat, and that an overweight person eating a salad instead of fast food won’t suddenly become skinny.

Now, there is more to this.

We could say that an overweight person eating a salad won’t suddenly become skinny, but the rate at which their weight would usually go up, will be reduced by a fraction.

Our definitions of “overweight” and “skinny” are also somewhat ephemeral: we can, at a glance, lay judgement on something and categorize them, but our views of success may be different from those next to us.

But back to the 10%, I really wanted to analyze this aspect of what can – or may not – ultimately contribute to our success.

Enter the Tick: A most peculiar hunter.

The Tick is a very interesting and resilient critter, if outright very dangerous for all its preys.

Ticks, like many primordial organisms, require a lot of effort to get rid of.

Ticks have been recorded to have lifespans of 20+ years, which is far more than other common invertebrates, and they may live for up to 4 years without any form of sustenance.

That’s right! We’re looking at a hunter, that doesn’t need to eat!

Ticks will naturally only die to dehydration, and they don’t even drink! They moisturize from the water molecules floating in the air around them!

But we’ve all heard of how dangerous a Tick’s bite can be, and how they fill up with the blood of their victims like balloons and are nearly impossible to yank away from their victims, right? What sort of technique will they have adopted to make them such fearsome hunters?

And here’s the kicker.

Here’s how a Tick hunts: it will climb up onto the tip of a blade of grass, and just sit there. Whenever something brushes up against it, the Tick will latch onto it and start feeding.

But let’s analyze this further: we have a creature that doesn’t need to eat, or move, or do anything for sustenance.

With that in mind, no motion is required in the act of hunting.

Find the best stalk of grass, in a populated field where you hopefully won’t get crushed, and bide your time.

We’ve removed all the most traditional elements of a hunt, and yet we still have a species that not only didn’t need to adapt to not become extinct, but is (unfortunately for us), thriving.

Some people would apply those same principles to dating.

Look good, be seen, be approached and then select your most suitable partner from all the available options.

We’re Looking to Apply Those Principles to our Business.

Why would we need to dedicate more effort, to a form of marketing that will generate the same amount of profit for us, when taking an easier course of action will do the same for us?

Now, everything comes at its own cost. 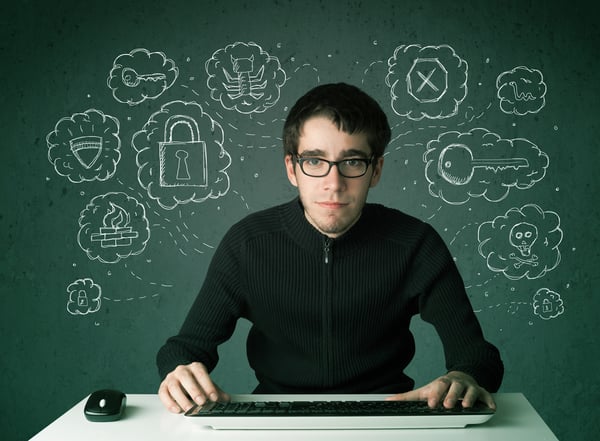 We’ve gone into the principles of successful Inbound Marketing, but let’s touch on them to see how they apply to this paradigm shift.

We want a tall stalk of grass. An easy-to-navigate website, with the right landing pages, showing up right at the top of our prospects’ Google Searches.

We want a wide, populated field. Being the first result on a very specific search will bring fewer people to us than being the first on a more generic one.

But still, don’t discount prospects just because their requests may be more specific! They may know exactly what they need from you, and converting them into clients may turn out to be easier in the end.

The resources required in order to become the first result of a generic search may not be worth the effort in the end, and being in a more competitive field will always have us looking behind our backs as our competition will be trying to take our spot.

This is extremely important, and cannot be understated.

Just like a beautiful fashion model who will need to keep their image fresh and attractive all the time, we cannot afford to abandon a successful strategy, thinking that it will remain successful forever with no changes.

Keep in touch with your field, be active on socials, be personable and easy to reach.

No matter how easy we try to make things seem, a Tick will need to climb a paper-thin blade of grass, over 50 times its body length without it tipping over.

A fashion model will need to purchase makeup and beauty treatments, and we will need to dedicate time and resources to data analysis, content production, scouting opportunities and outreach (among other things) for the entire duration of our Inbound Marketing strategy.

If we’re choosing a specific strategy, its rewards must be worth it for us.

What I can let you know is that statistically, buyers today prefer to reach out themselves once they’re at the awareness stage of their Buyer’s journey, and they will be much more likely to be converted into actual customers than individually reaching out to people who aren’t prospects after all!

We’ve got plenty of more content to help you with each of these stages of your Inbound Marketing Strategy. Or, we could do it for you, and show you exactly which points will convert into the most profit for you!

I wrestle with marketing technology so you don't have to. I'm a certified HubSpot Partner providing lead generation, inbound marketing, HubSpot, Google Ads, SEO, social media, marketing, and sales integration services. With 20+ years of experience in marketing and computer integration. Close Your Dream Sales Easily With These 3 Video Types 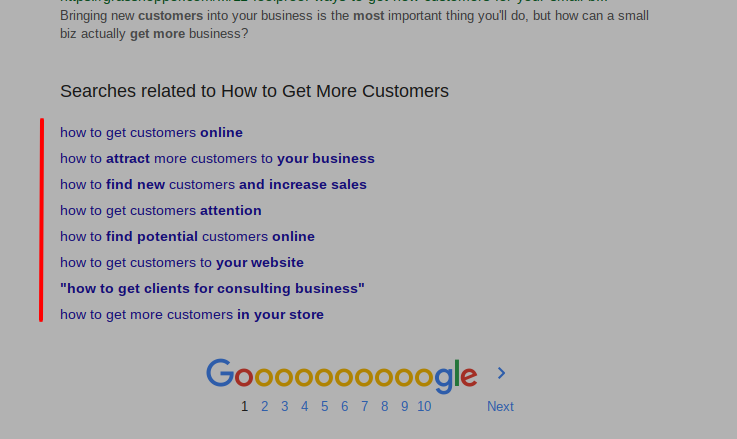 Playing The Game And Winning: Establish Your Business’ Online Presence